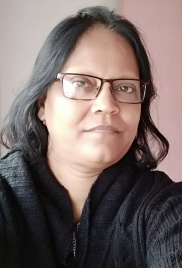 I am a sociologist/social anthropologist trained at CSSSC, Calcutta, Roskilde University and University of Copenhagen, Denmark. I have received my Master’s degree in Anthropology from Vidyasagar University, West Bengal. My current work is on the politics of both climate change and urban governance in context of migration from rural to urban. This research seeks to tell the story of, on the one hand, how climate stands as a component in shaping the struggles of the villagers who coping with livelihood challenges in everyday lives for their mere survival, and on the other, the way the urban refugees make their existence possible, vulnerable through that may be, utilizing various political and social networks.

I have been working since long broadly on the ‘Theory and Practice in Indian Democracy’, and have carried out ethnographic field work in rural India. My earlier work was on politics of employment, in which I have challenged dominant thinking, and thereby explaining about why the issues of employment and unemployment should be the appropriate prism to understand the status of wellbeing of a particular group of population. My research contends that not only is the focus of poverty measurement, but also the discourse of poverty as a whole, in any form and on any level, has the potential to reduce the issues of social justice to a managerial question.

I have also explored ethnographically the forms and dynamics of political processes in rural India, and have looked closely at how the local people from different castes, religions, and genders representing themselves in local institutions i.e. local government, political parties, and even in the social movement. My principal focus was to understand the apparently incomprehensible realm of peasant perception, the abstruse field of peasant or subaltern culture and ideology that inform subaltern politics. In other words, I have engaged with the discursive construction of the state in rural culture, or more precisely with how the rural people see the state.

I have taught sociology at the University of Burdwan as well as at the Jadavpur University. My published books include ‘Rural Politics in India: Political Stratification and Governance in West Bengal’ (2014) by Cambridge University Press, and ‘Employment, Poverty and Rights in India’ (2018) by Routledge, UK. I have also published a couple of books by vernacular press in India.

In addition to these books, I have published articles in peer-reviewed journals like Modern Asian Studies, Economic and Political Weekly. I have also made three documentary films (Right to land, In the name of Development and Hundred Days) on the themes and issues I had taken fpr research.